Does Jordan Peele smoke?: Not Known

He was raised by his single mother, Lucinda Williams.

His father is black, while his mother is white.

Since his childhood, Peele developed an interest in horror films, and by the age of 13, he had decided to become a horror film director.

He dropped out of his college after two years to form a comedy duo with Rebecca Drysdale.

During an interview in 2018, he announced his intention to retire from acting. 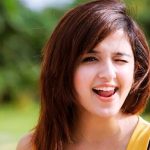