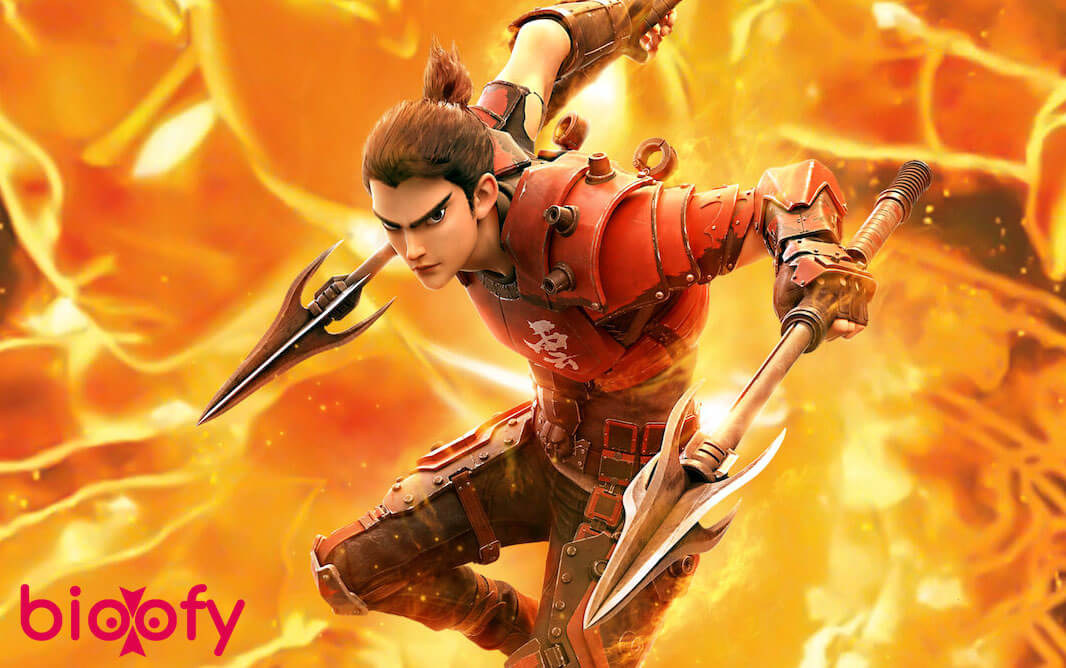 Nazha Reborn is an China movie from Netflix. The release date is 12 April 2021.

The story happens after over 2000 years when Nezha conquered the Dragon King in the novel Fengshen Yanyi. A normal young deliveryman Li Yunxiang, though coming from the slum area, is living a satisfying life and enjoying motor racing at his spare time. But when the arrogant wealthy son of Boss De(the Dragon King) beats him down, takes away his beloved motor, and even wounds his innocent orphan sister, his deep anger turns into a blast of Truth Fire. The true identity-Nezha, is revealed. Nezha, the God of Rebel, violent and egocentric, empowers Yunxiang, but the newly obtained uncontrollable power brings new harm to Yunxiang’s family and friends. Meanwhile Nezha’s old enemies are seeking revenges too. Facing the twist of fate, Yunxiang has to find out his own way to become a true hero.