Utkal Divas or Utkal Divas is celebrated every year on 1 April to remember the formation of the state of Odisha after the struggle to be recognized as an independent state. Under British rule, Odisha was part of the Bengal Presidency, which included present-day Bihar, West Bengal and Odisha.

The state observes this day with a restricted holiday. This day is also known as Odisha Foundation Day and Vishwa Milan.

The region became part of Kalinga after it was conquered by the Magadha king Ashoka in 261 BC to extend his Mauryan rule. After the Maurya rule, the rule of King Kharavela began in Odisha. Kharavela was successful in avenging the Maurya invasion by defeating Magadha. Historians credit Kharavela with laying the foundation for Odisha’s fame as the land of art, architecture and sculpture. He also managed to establish a powerful political state.

Gajapati Mukunda Deva was the last Hindu king of Odisha. He was defeated by the Mughals in 1576. A few hundred years later, the British took over the state and divided the state into various parts. The northern and western districts of the state were then called the Bengal Presidency.

The new province of Odisha was formed after continuous struggle of the people, which finally paid off on 1st April, 1936. Sir John Hubback was the first governor of the state.

The state was originally called Orissa, but the Lok Sabha passed the Orissa Bill, and the Constitution Bill (113th Amendment), changed its name to Odisha in March 2011.

How do you celebrate Utkal Diwas?

The entire state joins in the festivities on Utkal Divas with decorated shops, competitions organized by local politicians and cultural programs organized by various families.

Why is Utkal Divas Celebrated?

Utkal Divas or Utkal Divas is celebrated every year on 1 April to remember the formation of the state of Odisha after the struggle to be recognized as an independent state. Under British rule, Odisha was part of the Bengal Presidency, which included present-day Bihar, West Bengal and Odisha.

Is Utkal Divas a Holiday?

When is Odisha Day? Odisha Day is observed on 1 April as a regional public holiday in the eastern Indian state of Odisha. Also known as Utkal Divas or Utkal Divas, the day commemorates the formation of the state as a separate province in 1936.

What is the ancient name of Orissa?

Orissa was known as Kalinga in ancient times. Another ancient name of this region was Utkal. It is widely known as the land of Lord Jagannath. 24-August-2021

How Did Odisha get Independence?

Odisha Day, Utkal Dibasa, is celebrated on 1 April in the Indian state of Odisha to commemorate the formation of the state as a separate state from the province of Bihar and Orissa apart from Koraput and Ganjam from Madras Presidency on 1 April 1936. , 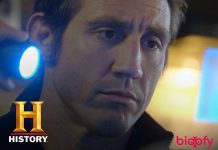 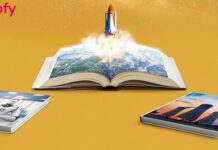 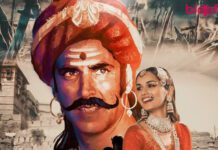