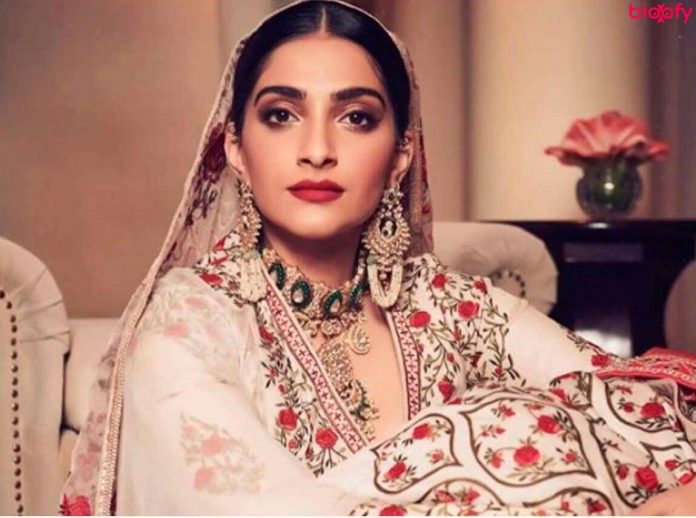 Does Sonam Kapoor smoke? No

She was born in Mumbai to a Punjabi father and Sindhi mother.

At the age of 16, she wrote a poem titled Ambition, which she decided to give to her soulmate.

She vowed not to marry an actor.

In 2010, she rose to fame with her hit- I Hate Love Story after her two flops in a row.

Her appearance in the movie Ranjhanna was a turning point in her life.

Sonam is considered as the Fashionista or style-icon of Bollywood due to her updated sense of styling.

She is the maternal cousin sister to famous Bollywood actor Ranveer Singh.

Sonam is the brand ambassador of Elle Breast Cancer Campaign.

She had a tongue piercing before and had to remove that for her debut role.

On 8 May 2018, she tied the knot with her longtime lover Anand Ahuja, a famous Indian businessman.